8753B Network Analyzer System Operating and Programming Manual Part Number: 8 (Nov88). This manual is provided for information only. The 8753B is no longer sold by Keysight.

The HP/Agilent 8753 series are a range of vector network analyzers (VNAs) made by HP/Agilent that are very popular. Despite all of the 8753 series are discontinued and most are beyond support by Keysight, the 8753 is still an extremely popular VNA, mainly among commercial companies,but some are owned by radio amateurs or other hobbyists, as 8753 prices have fallen dramatically fromtheir new cost. We don't know how many HP or Agilent 8753s weresold, but we find that around 30% of the customers of Kirkby Microwave SMA and N calibration kits are using 8753 series VNAs. All the HP 8753 series instruments can be used with the Kirkby Microwave coaxial calibration kits.

This page has a number of sections, which will hopefully give you all the information you ever wanted about 8753s.

1. Hardware and software options for the HP / Agilent 8753 series VNAs

These instruments have a number of hardware and/or software options. Some options such as rack mount handles, extra manuals etc are not that important when buying a used instrument, as but others are. The main options are: 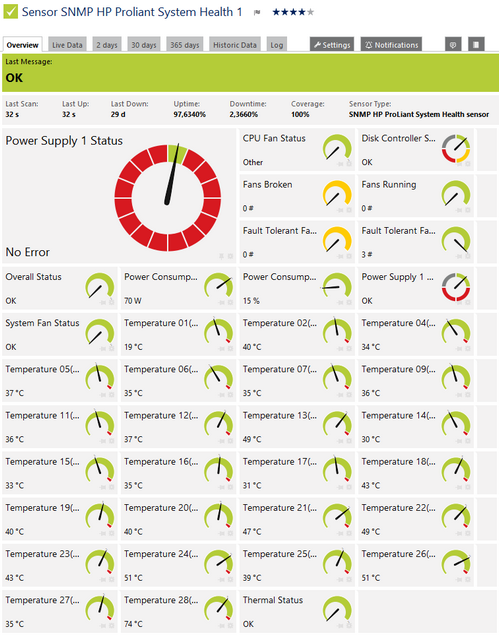 Adding software option 002 (harmonic analysis) or 010 (time domain), do not require calibration on any 8753 series instrument. 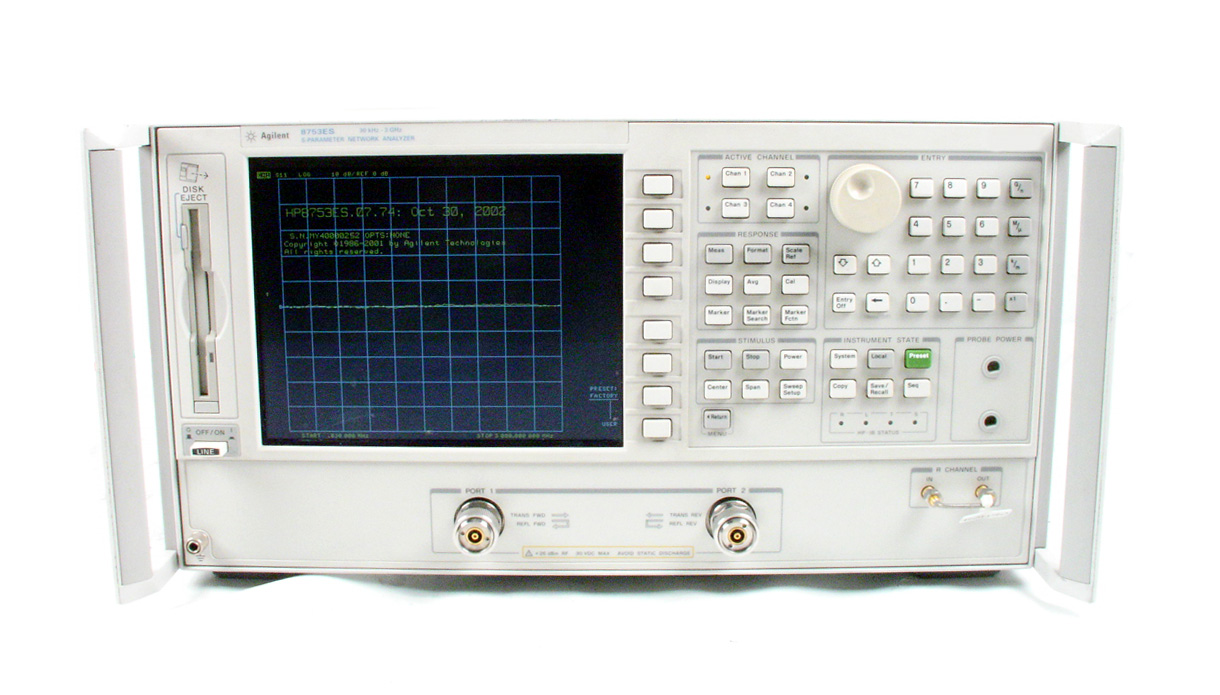 3. Differences between the HP/Agilent 8753 series VNAs - only 50 Ω models are listed.

There are a large number of differences between the different models, although all can be used with our calibration kits. Some of the key differences are listed in the following table. If anyone finds any errors, or can add any comments, please contact us and we will correct it. The system dynamic range figures only relate to the A and B receiver inputs, not the R receiver input, which has a much lower dynamic range than the A and B inputs. Some instruments have slightly different specifications over some frequency ranges due to spurs or other odd reasons. Please check the manuals for full details.

4. Loading the calibration kit coefficients - necessary unless you are using the 8753's default APC7 kit

An 8753 when switched on will default to one of the internal calibration kits - probably the 85031 7mm (APC7) calibration kit. If you are not going to use that kit, then you must load the coefficients for the kit. Lots of people fail to do this, and get poor results because of it, although they don't often known this, as they don't know how to check the results properly. The complexity of the process of loading the correct calibration kit coefficients depends on whether the kit is built into the firmware of the VNA or not. If built into the firmware it is very easy. If not built into the firmware, it is not hard to do, but is easier on the more recent models (8753D, 8753E, 8753ES and 8753ET) as these have floppy disks drives, whereas the old 8753A, 8753B and 8753C do not.

4.1 Loading the calibration kit coefficients for a kit in the firmware of the VNA

This is the easiest option, but a typical 8753 had about 6-12 kits in its firmware. HP, Agilent and Keysight have produced considerably more kits than this, so evenusing kits from HP, Agilent or Keysight, you will often find the kit is not in the firmware. We have in fact needed to load the coefficients for both the Agilent 85054B (type-N) and 85050B (APC7) kits we process, as neither are in the firmware of our 8753ES with the latest (7.74) firmware.

The coefficients for that inbuilt kit are loaded. You are ready to perform the calibration, as described in section 5 below.

There are a number of other ways to load the calibration kit coefficients into an 8753. Kirkby Microwave have a pagethat details how to set up and use calibration kits on an 8753

There are many forms of calibration an 8753 supports, but the most commonly used, and most accurate are: